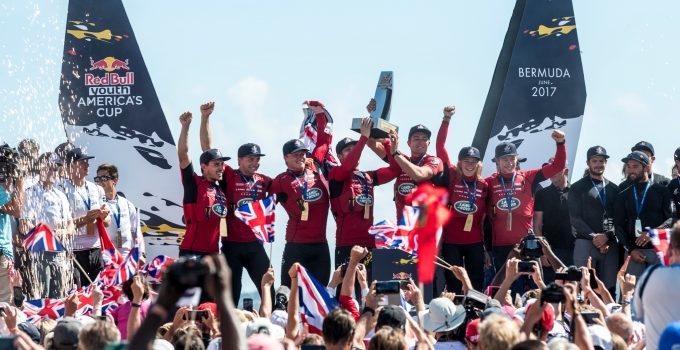 America's Cup1424
Land Rover BAR have further strengthened their challenge for the 36th America's Cup with the appointment of Nick Holroyd as Chief Designer.

London – Land Rover BAR have further strengthened their challenge for the 36th America’s Cup with the appointment of Nick Holroyd as Chief Designer. Holroyd is a previous winner of the Cup with Emirates Team New Zealand, and was formerly the Technical Director at Softbank Team Japan for the 35th America’s Cup. The appointment follows rapidly after the arrival of multiple America’s Cup winner Grant Simmer as the team’s new CEO; both will start permanently with the team in Portsmouth later this month.

Ben Ainslie, Team Principal and Skipper commented, “I’m really excited to be working with Nick again. It’s fantastic he’s agreed to join the team. Adding his skillset and experience to our technical line up has greatly strengthened our challenge to win the 36th Americas Cup.”

Originally a University of Auckland graduate in Mechanical Engineering, Holroyd began to specialise in sailboat racing with an MSc in Maritime CFD and Applied Mechanics at the University of Southampton. He followed that with an 18-year stint at Team New Zealand, beginning in 1997 as a foil designer and naval architect for the team that won the 30th America’s Cup in Auckland in 2000.

He became Technical Director in 2007 and stayed with the team through to June 2015, in which time Team New Zealand twice won the Louis Vuitton Cup (2007 and 2013) and in that time, he was instrumental in bringing foiling technology into the America’s Cup. Next, he joined SoftBank Team Japan in June 2015 where he was also Technical Director for the 35th America’s Cup in 2017.

Nick Holroyd commented, “Having previously worked with both Ben and Grant I’m delighted to be joining Land Rover BAR for the 36th America’s Cup challenge. I look forward to meeting the rest of the team in Portsmouth and building on their technical strengths. We look forward to receiving more detail on the AC75 class, which promises plenty of challenges ahead.”