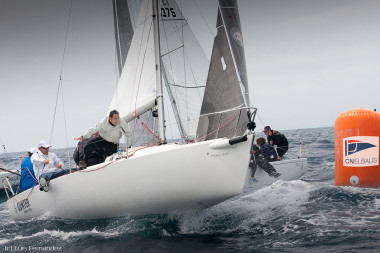 Maresme – Close to 70 boats and almost 350 sailors will race at the Maresme coast of the Barcelona province, Spain, between June 28 and July 4 in the sailing J80 European Championship, organized by Club Náutico El Balís.

The registrations process for the Europeans is going fast, with 43 teams from 10 countries having already signed-in for the event. Amongst them is the 2012 world champion José María Van der Ploeg, who will skipper the boat “Great Sailing”.

At Club Náutico El Balís the countdown for the event has already started. Teams are getting ready for the main competition as well. The MedSailing race, hosted also by El Balís 10 days ago, and the Conde de Godó-Merchbanc Trophy organized last week by RCN Barcelona have served as practice races for those who will participate in the European championship. Before the continental competition, El Balís will also host the J80 Catalan Championship, where teams will finalize their preparation for the continental event.

The first day of the European championship, Saturday June 28, will be dedicated to registration and measurement. The following day, Sunday 29, there will be the practice race, while the official ones will take place from Monday 30 to Friday, July 4. Twelve windward-leeward races are programmed. If six or more races are completed, the worst score will be excluded.

J/80 European Championship, and the winner is…