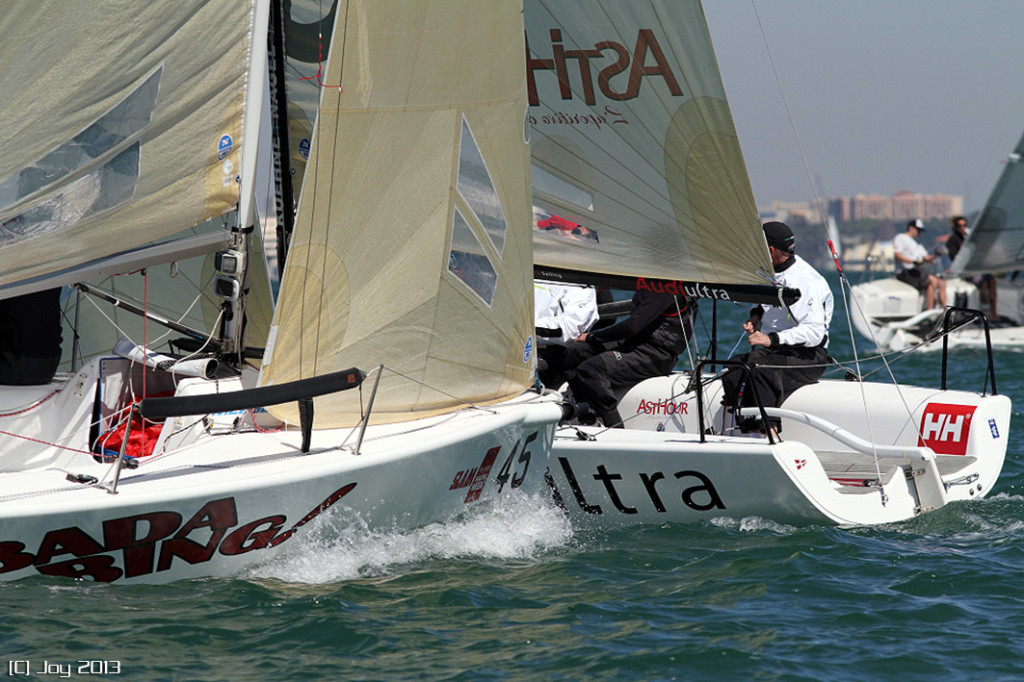 Hanko – The International Melges 24 fleet enjoyed a spectacular conclusion to its inaugural Melges 24 European Sailing Series with a final closely fought regatta in Hanko, Norway. The series opened on Lake Balaton in May and featured five regattas including Kiel Week, Torbole Melges 24 Week on Lake Garda and the Magic Marine Melges 24 European Championship in Medemblik.

A total of 119 teams from 15 nations took part in the series which has proven hugely popular and has helped to consolidate the Melges 24 international programme and make it easier for competitors to plan their seasons. From the outset Riccardo Simoneschi’s Audi Ultra team from Italy put their stamp on the event by winning the Lake Balaton Regatta and they rarely put a foot wrong from that point forward.

The concluding event at the Royal Norwegian Yacht Club saw 37 teams come to the line for a light airs series that challenged the crews to the max. The Scandinavian and Baltic teams have been gaining in strength throughout this season and the results clearly demonstrate this with first place going to Herman Horrn-Johannessen of Norway’s Rett Rundt Hjornet. Riccardo Simoneschi and Audi Ultra were second with Norwegians Thomas Oksmo sailing Kjus third and Peder Jahre sailing Storm Capital Sail Racing fourth. Estonia’s Ants Haavel aboard Freddy rounded out the top five.

Second place in Hanko was sufficient to give Riccardo Simoneschi overall victory in the Melges 24 European Sailing Series 2013 and he was presented with the new trophy at the prize giving in Hanko. Second place in the Series went to Denmark’s Rene Bruun aboard BNI with John Den Engelsman of the Netherlands sailing Mr Henri third and fellow Dutchman Wietze Zetzema fourth.

Speaking after the prize giving in Hanko, Riccardo Simoneschi said “I’m very happy for this victory and the way in which it comes. I want to thank my regular crew, tactician Enrico Fonda, trimmer Vittorio Rosso, pitman Enrico Buscaglia and bow Lucia Giorgetti (plus Michele Cannoni and Maurizio Loberto who sailed one step each) they are all very good and determined sailors. I would also like to thank all the competitors, the volunteers, the hosting clubs for the wonderful and friendly environments you have created around the events to make the series a real “must do” for the future. The European Sailing Series has given the possibility to sail only at high level on the best race courses of the continent with highly skilled race committees, great locations and facilities like never before for a continental circuit. I’m looking forward to the 2014 edition.”

The series has been a great hit with the sailors and already venues across Europe are vying to host events for the Melges 24 European Sailing Series in 2014 and beyond. The final schedule for the 2014 series will be announced by the International Melges 24 Class shortly.