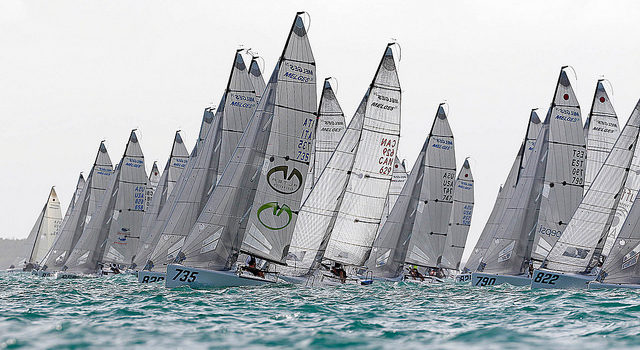 Zenda – Melges Performance Sailboats is proud to introduce the Melges World League (MWL), a racing platform that will unite multiple Class circuits for the 2017 season. Designed to increase rivalry and enhance the overall racing experience, the League will include the Melges 20 and Melges 32 spanning the North American, European and Asian regions.

Fundamentally, the MWL will connect these Melges Classes internationally into one, all-encompassing, professionally managed major league, organized and ran by Melges.
Over 140 teams are expected to compete in the 2017 Melges World League representing at least 20 nations, with more than 500 sailors actively participating.

The Melges World League is the ultimate one-design competition, uniting Melges owners across the globe. The streamlined Melges 20 and Melges 32 championship system is a season-long series with global regattas hosted at the world’s most desirable venues featuring sailing’s best owner/drivers and corinthian sailors, providing yet another layer of world-class, exciting competition.

Melges 20 World League, no wind no race in Forio d’Ischia

Melges 32 World League, no racing on the opening day

Melges 20 World League, the fleet is in Zadar

Melges World League, Melges 20 in a league of its own
Add a comment