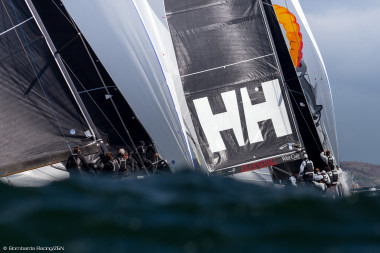 Malta – With just thirteen days to go, final preparations for the first RC44 Valletta Cup are in full swing.

During a press conference held this week at the Royal Malta Yacht Club, the official programme of events was announced by Mr. Niki Travers Tauss, representing Yachting Events Ltd., the organisers of the RC44 Valletta Cup. Also present was the Honorable Dr. Christian Cardona, Minister for the Economy, Investment and Small Business, whose Ministry is also co-hosting the event with the support of the Malta Tourism Authority and Transport Malta.

The RC44 Valletta Cup will be the first race from the 2015 RC44 Championship Tour and will join a family of prestigious locations hosting the 2015 Tour – Porto Cervo, Italy, Marstrand, Sweden, Cascais, Portugal and finishing off in the British Virgin Islands. The race will bring together the worlds of sailing and business allowing amateur owner-drivers, most of whom are top international business men, team up with world class sailors to race on high performance one design yachts.

Held between the 25th and 29th March, 2015, the RC44 Valletta Cup will consist of a series of races, the first of which being a Match Race scheduled for the 25th March. Match Racing will be held in the Grand Harbour which, through the support of Transport Malta, will be closed specifically for this event. The rest of the days will see a series of Fleet races along the Tigne – St. Julian’s seafront. Depending on weather conditions, the likelihood of a coastal race with the fleet heading towards Gozo is a possibility.

“The RC44 Valletta Cup will be hosting a veritable who’s who of sailing crews from America’s Cup veterans to a handful of Olympic medalists, guaranteeing an impressive week of racing for Malta – said Niki Travers Tauss, director, Yachting Events – The RC44 Valletta Cup will be visible from a number of strategic locations, such as the Upper Barakka and Senglea for Match Racing and the Sliema sea front for Fleet Racing. The choice of these locations will enable the general public to experience the race within close proximity”.

The RC44 boats, which have been in Malta since the end of December, have been undergoing maintenance in preparation for this race. Some of the boats have since been moved into the Technical Area which is based on Pinto Wharf. The rest of the boats will be moved to the Technical Area in the coming days. Minister Cardona said that Malta will enjoy tremendous visibility during this event and that it is hoped that this will boost the economy further since global exposure leads to investment.

“We hope this will be the start of a new relationship, with the RC44 Class coming back again. Certainly, we are going to continue developing Malta as a luxury location – said Minister Cardona – We know that the Maltese economy is performing well. Inflation is low, banks are sound, investment is flowing in and we have high levels of employment – but we must always do better” continued Cardona.

The Press Conference was also addressed by Mr. Peter Valentino, one of the Directors of Yachting Events Ltd the organisers of the RC44 Valletta Cup, Mrs. Anna Rossi, President of the Malta Sailing Federation, Mr. Godwin Zammit, Commodore of the Royal Malta Yacht Club under who’s auspices this event is being held.