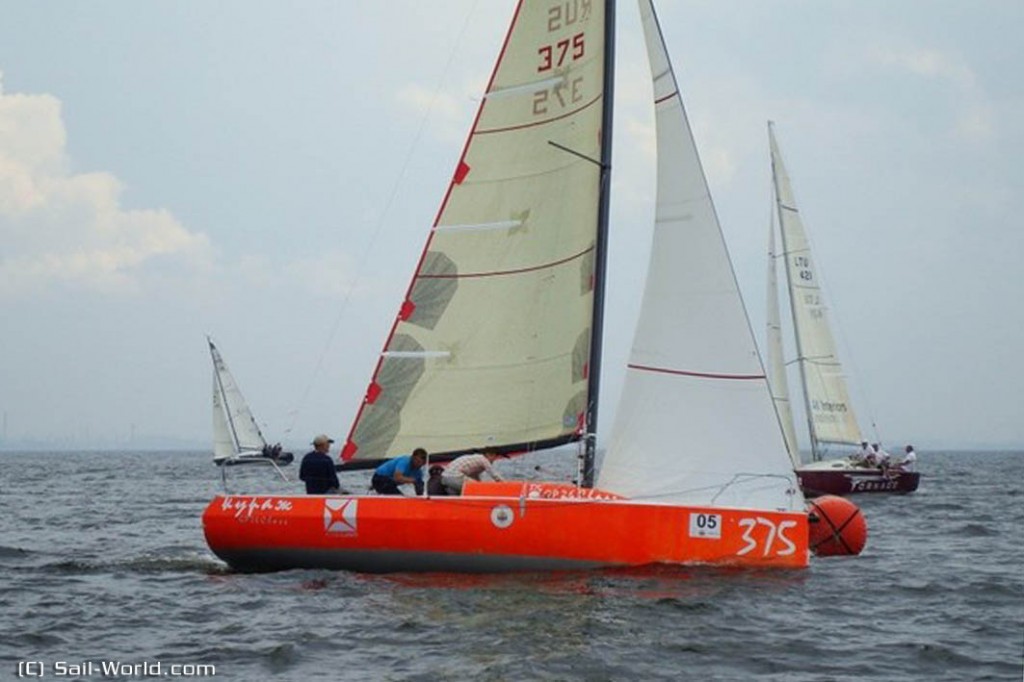 ORC SPORTBOAT EUROPEAN CHAMPIONSHIP, THE WINNER IS PRIMA
[Source Sail-World.com] ORC Sportboat European Championship finally yielded good breeze for racing after a discouraging start to the series due to lack of wind, and a new champion is crowned. After nine races with one discard, Vlas Kadetov’s GP26 Prima has won on an impressive scorecard of (10)-3-3-5-1-1-3-3-1 in the 25-boat fleet. This is the first ORC Championship event to be held in Russia, and despite the light wind start was deemed a success.

Kadetov, a former vice chairman of the Russian Sailing Federation and sailing coach, is now director of the boatyard in Tanganrog where Prima was built two years ago. Sailing with him were two veterans from Taganrog and his 14 year-old grandson. ‘I hope to build many more of these boats,’ said Kadetov, ‘for which we have received several orders from all over Europe. I think that Ceccarelli has designed a very good boat, which is fast but has also a good rating, and so has the ideal characteristics for handicap racing.’

This is all the more remarkable considering Prima was also designed to fit within the GP 26 box rule, a class for which there are many new and existing designs but not yet sufficient numbers to hold class championships. Perhaps Prima’s success will change this scenario.

Thanks to a wind shift in the last leg that gave an advantage to the slower boats, the first race of this last day of the series was won by the Platu 25 Navis, owned by Marina Kasatova, followed by the Swedish entry Bravo, a Santer 760 that was the slowest of the fleet and helmed by Mattias Dahlstrom. Prima got the line honours and a third place in corrected time, thereby securing their victory in the championship.

The final race was another triumph for Prima, leading the fleet both in elapsed and corrected time, ahead of Lithuanian Tauras Rymonis on his RS 280 Levante, the early leader who secured the runner-up place in the championship.

The prizegiving was held in the endless northern sunset at the Hercules marina, where the event was held. Natalia Fedorova, the Race Director and Vice President of the St. Petersburg Sailing Union, was very happy at the end of the series, which was difficult in its initial stages. She said ‘It’s the first time we have organized an International event for boats racing on handicap, my experience being mostly oriented to match racing. I’m glad the nice weather of my hometown did show up eventually, and I’ve been impressed by the level of the competition I witnessed on the water. I thank the ORC for the selection of the venue for this event, and I look forward to organize similar events in the future.’