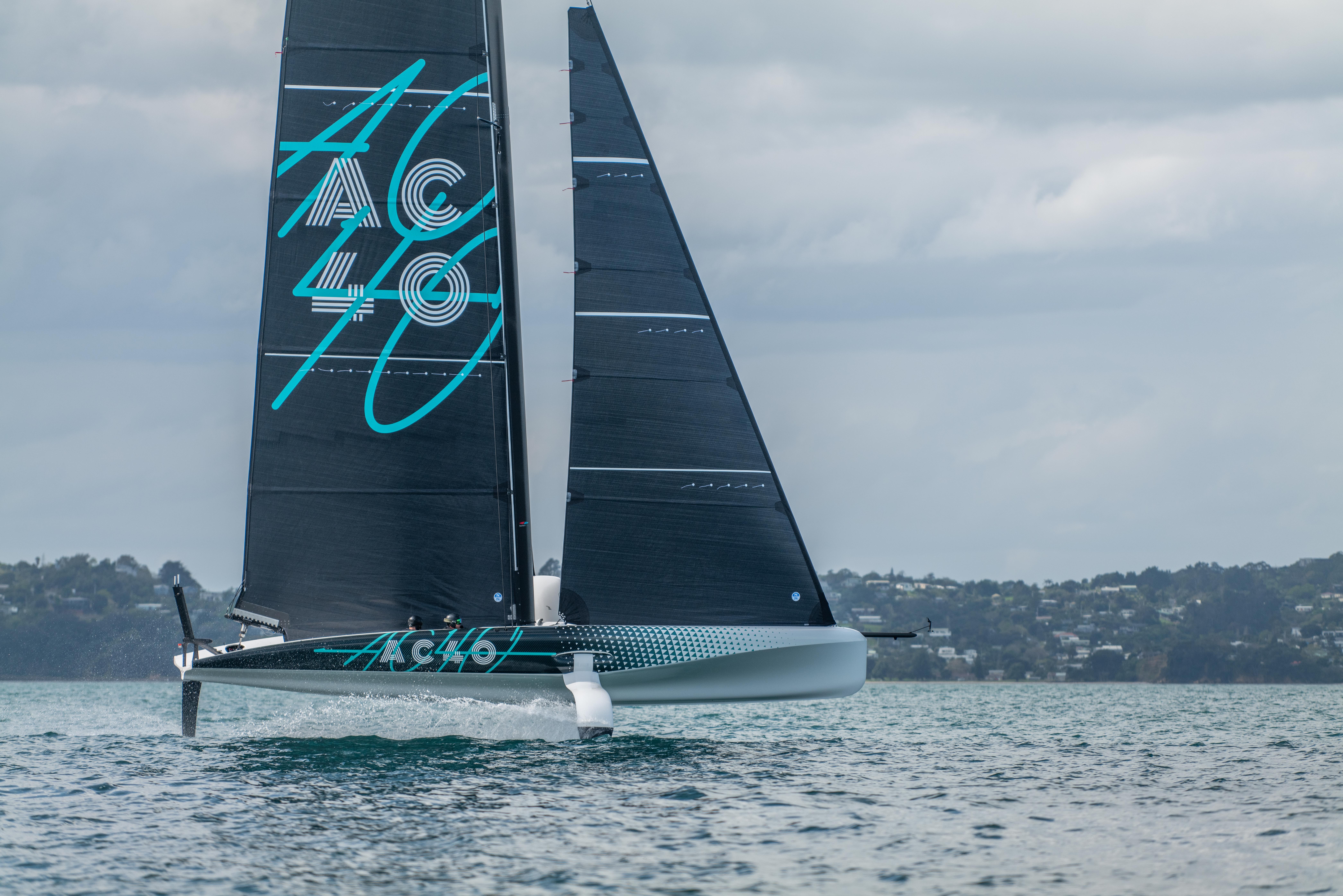 America’s Cup, the AC40 is sailing

It was up up and away on a very successful maiden sail for Emirates Team New Zealand’s AC40 on the familiar waters of the...

Auckland – It was up up and away on a very successful maiden sail for Emirates Team New Zealand’s AC40 on the familiar waters of the ‘back paddock’ between Auckland’s Waiheke Island and Howick Beachlands.

After a long tow out behind the team’s hydrogen powered chase boat ‘Chase Zero’, the sails hoisted and sheeted on, it took just a handful of minutes for helmsman Nathan Outteridge to go from a cautious displacement mode to popping the AC40 up onto its foils and off on starboard tack at over 20+ knots in the light 8-10 knots of breeze.

It was Outteridge’s first day sailing a foiling monohull and it didn’t disappoint, “It was obviously a very successful day, it was an impressive boat to sail for my first time sailing this type of boat. A little unnerving when trying to build speed, but once you get a bit of speed and the foil engages it goes from about 10 knots to 20 knots in about 5 seconds. So both pretty impressive, the acceleration and the reliability.”

Outteridge, Ray Davies, Nick Burridge and Sam Meech onboard throughout the highly productive full day on the water, initially went through a selection of straight line runs before throwing down their first tack successfully staying up on the foils and carrying on upwind.

“Day one was pretty epic and exciting,” explained Ray Davies.

“An amazing team effort to go out there and pull off the first tack as a foiling tack, the first gybe a foiling gybe.The boat is going really well, we have a few tweaks for sure, but awesome to sail with Nath, Sam and Nick. All of the support guys have done an incredible job, out of the box and we were ripping around foiling.”

The speeds of the AC40 were impressive in a relatively light breeze reaching a top speed of over 34 knots downwind and 27 knots upwind in the steady NW breeze.

“After today now we know this is going to be just fine for the Youth and Women’s America’s Cup. It will be spectacular racing, super quick, super-efficient and all straight out of the box.” said Davies.

After one long downwind run with a succession of foiling gybes, it seemed like it was the 20th day on the water rather than the first. It is an exciting time ahead with the AC40 fleet.