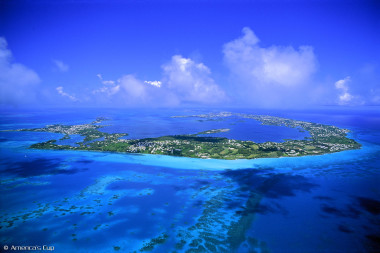 Hamilton – The America’s Cup World Series – a racing circuit featuring the best sailors in the world, competing on foiling, wingsailed catamarans – will be coming to Bermuda in October of 2015.

“The waters of Bermuda are ideal for racing, as anyone who has sailed here can attest. We’re very excited to have our island be a part of the next America’s Cup and to have an opportunity to showcase our maritime heritage and first class hospitality to the America’s Cup teams.”

“Our team is working very hard to bring the America’s cup to Bermuda and we are truly delighted to have the America’s Cup World Series here next year,” added the Honourable Grant Gibbons, Minister of Education and Economic Development and Bermuda’s America’s Cup Team Leader. “Given our history of sailing, our focus on the maritime environment and the engagement of our entire community, we are going to make this a very special event.”

Racing in the America’s Cup World Series – Bermuda will take place on The Great Sound, while the team bases and public race village will be located on the waterfront in the heart of the capital, Hamilton.

Bermuda remains as one of two contenders – San Diego is the other – to host the final stages of the America’s Cup in 2017. A decision on the final venue is expected in early December.

“When we started to look at Bermuda as a potential venue for 2017, it quickly became apparent that it would be an ideal location for an America’s Cup World Series event, regardless of the final venue decision,” explained Harvey Schiller, the Commercial Commissioner of the 35th America’s Cup.

“The racing conditions are good for the AC45s, the logistics are in place, and the island is renowned for its hospitality and its capabilities at putting together professional events. It’s a good fit for us.”

Bermuda is celebrated in the international sailing community as the finish port for the Newport-Bermuda race, which will celebrate its 50th edition during its next running in 2016, and for the Bermuda Gold Cup, the oldest one-design match racing event in the world, dating back to 1937.

Now, the island will play to host to one of the opening events in the competition for the oldest trophy in international sport – the America’s Cup.