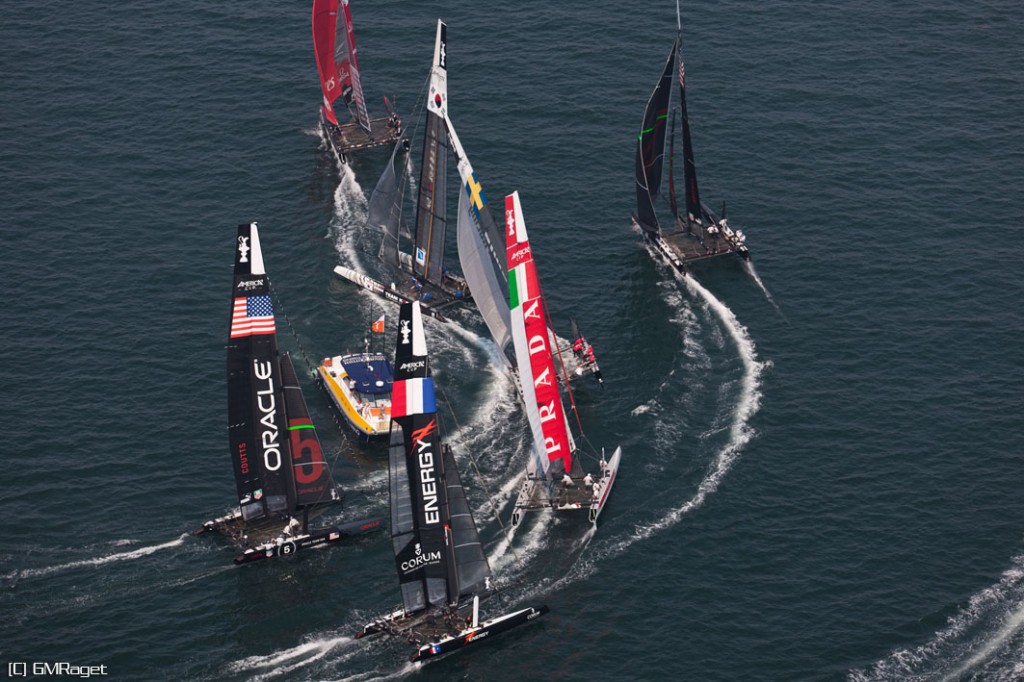 Portsmouth – Portsmouth, a city on the south coast of the UK that is home to Ben Ainslie Racing (BAR), will host two America’s Cup World Series events over the next two years.

The America’s Cup World Series is the preliminary race series of the 35th America’s Cup, consisting of eight to ten regattas taking place around the world during 2015 and 2016.

All America’s Cup teams will compete in the series and their overall placement will affect the seeding and starting score they take into the America’s Cup Qualifier events in 2017.
“A key part of BAR’s plans was to bring America’s Cup racing to Great Britain and I would like to thank Sir Keith Mills and his team for making those plans become a reality,” said Ben Ainslie.

“The last America’s Cup World Series was a game changer for the sport of sailing, the racing was entertaining and brought in the crowds. The new foiling AC45s are going to be faster and even more exciting than the previous generation and we promise to provide an event experience like you have never seen before – come and cheer us on!”

“The America’s Cup World Series events in Portsmouth in 2015 and 2016 are an opportunity for British fans to watch world class America’s Cup teams compete and of course support Ben Ainslie Racing as they race on home waters,” said Harvey Schiller, the Commercial Commissioner of the America’s Cup.

“I’m passionate about bringing world-class sporting events to Great Britain, and delighted that America’s Cup World Series racing will be coming to Portsmouth,” he said.

“This will not just be a spectacular sporting event, it will also showcase Portsmouth, the South Coast and Great Britain on a global stage, delivering economic benefit to the City and the sponsors involved. The series will attract huge crowds to watch the exhilarating racing and we plan to give the event a festival feel bringing activities and entertainment for all.”

Louis Vuitton ACWS, Toulon to host an event in September