Mini 6.50220 mini transat105
1 + 2 makes 1! A second place finish behind Julien Pulvé was enough for Ian Lipinski to take the overall victory in the... 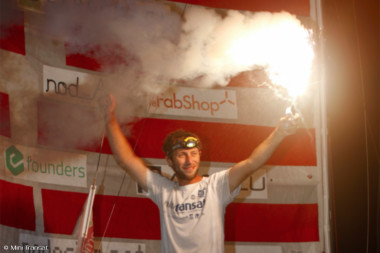 Point-A-Pitre – 1 + 2 makes 1! A second place finish behind Julien Pulvé was enough for Ian Lipinski to take the overall victory in the Series boat class of the Mini Transat Îles de Guadeloupe.

The great win on the first stage that saw Lipinski secure a 7 hour, 34 minute and 7 second lead over second place, Tanguy Le Turquais (Terreal) and 11 hour 41 minute and 25 second one on Julien Pulvé* (Novintiss), fourth in Lanzarote, was enough for the skipper from Lorient in Brittany (France) to win in the overall Series Boat ranking.