isaf rolex world sailor of the year9 sailing3991 usaf21
The 2014 ISAF Rolex World Sailors of the Year Awards will be held in one week’s time at a glittering awards ceremony in Palma... 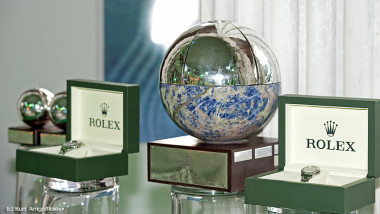 After an exciting year of sailing across multiple disciplines of the sport, five male and three female nominees make up the 2014 ISAF Rolex World Sailor of the Year shortlist based on their achievements from 1 September 2013 to 21 September 2014.

Only one winner can prevail in each category with ISAF Member National Authorities (MNAs), the national governing bodies for sailing around the world, voting for the male and female nominee who they believe deserves the Award.

Some of the highest achievers from all disciplines of the sport have been nominated for the Award since it was first presented in 1994 with the modern day greats etching their name on the coveted trophy.

Inspiring individuals and dynamic combinations are nominated each year and their achievements may be an exceptional series of regatta wins, a record breaking passage or triumph against the odds.

The ceremony, attended by international sailing stars, key decision makers and sponsors will take place at the Pueblo Español on Tuesday 4 November, and is a true celebration of the sport.

The names vying for the coveted and prestigious 2014 ISAF Rolex World Sailor of the Year Awards are:

HM King Constantine, ISAF President of Honour, will announce the winners each of whom will be presented with the prestigious ISAF Rolex World Sailor of the Year trophy and a distinctive Rolex timepiece.

ISAF Rolex World Sailor of the Year, and the winners are…

ISAF Rolex World Sailor of the Year, si iniziano a raccogliere i voti
Add a comment