ORCi World Championship, the entries are 105 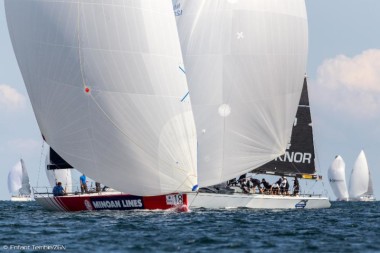 Barcelona – The Real Club Náutico de Barcelona, organizer of the Barcelona ORC World Championship, has already closed its official registration period for the ORC world championship with record of entries.

105 boats, divided into ORC A (28 teams), ORC B (41 teams) and ORC C (with 36 teams) have already been officially registered to participate in the world championship for the class ORC, which will start on June 27th until July 4th.

The racing format will merge windward/leeward races with an offshore race, which will count as double points and about 100 nautical miles long. The most important worldwide cruising boats will meet in the waters of Barcelona to fight for a world title which, this time, will be more difficult to achieve than ever.

4 continents and 23 countries fighting for the title

The Barcelona ORC World Championship has achieved to gather representatives from 23 countries, a number that breaks records without any doubt.

It should be pointed out the presence of the entries registered representing the Marshall Islands (Micronesia) and the Virgin Islands.

We should also highlight two powerful fleets, according to the teams entered, such as the fleets from Spain and Italy, which will have a major squad for the world title.

The Barcelona ORC World Championship will be held, under the organization of the Real Club Náutico de Barcelona, in Barcelona between June 27th and July 4th.

Barcelona World Race, another landmark will be ticked

NY to BCN, a new race is born
Add a comment