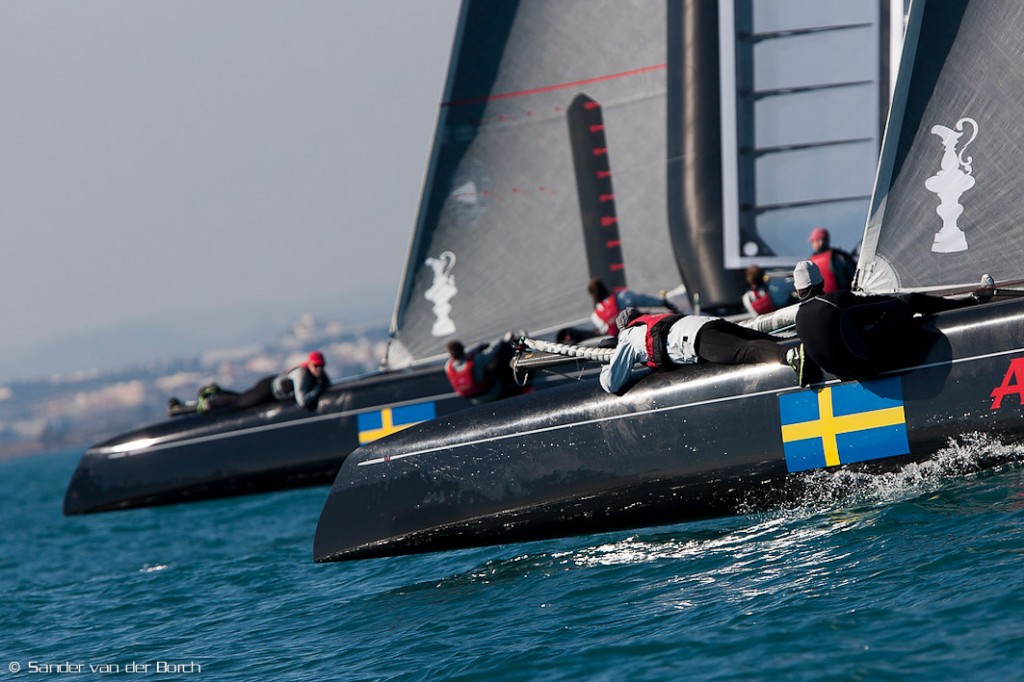 Gothenburg – Artemis Racing and the City of Gothenburg will host an America’s Cup World Series event during the last weekend of August (28th – 30th) 2015.

The America’s Cup World Series is the first stage of competition in the 35th America’s Cup. Beginning in the summer of 2015, the circuit will feature all of the America’s Cup teams racing in one design AC45 catamarans, providing an early opportunity to win points that will carry forward into the next stage of the competition.

“It’s super exciting to announce that the America’s Cup World Series is coming to Sweden next year. It will provide a great opportunity for Artemis Racing to showcase our sport and our America’s Cup program,” said Iain Percy, Artemis Racing‘s Team Manager.

“There is an incredible momentum within the group right now, and we hope that the Swedish public will be out in force to cheers us on. We’re really looking forward to showing them what we can do next August,” said Fredrik Lööf, 3 time Olympic medallist and tactician for Artemis Racing.

Racing will take place either on the Gota River close to the city centre, or at Långedrag, and the race village will be located in Frihamnen.